Hero of the kingdom 2 It all starts peacefully until pirates attack the small fishing village and take your sister!  Now I must save her and help whoever I can to gain trust and fame.  Those pirates will be stopped!
Hero of the Kingdom II is a really nice game with a unique play style.  You help out anyone you can and learn about the village, and people there. 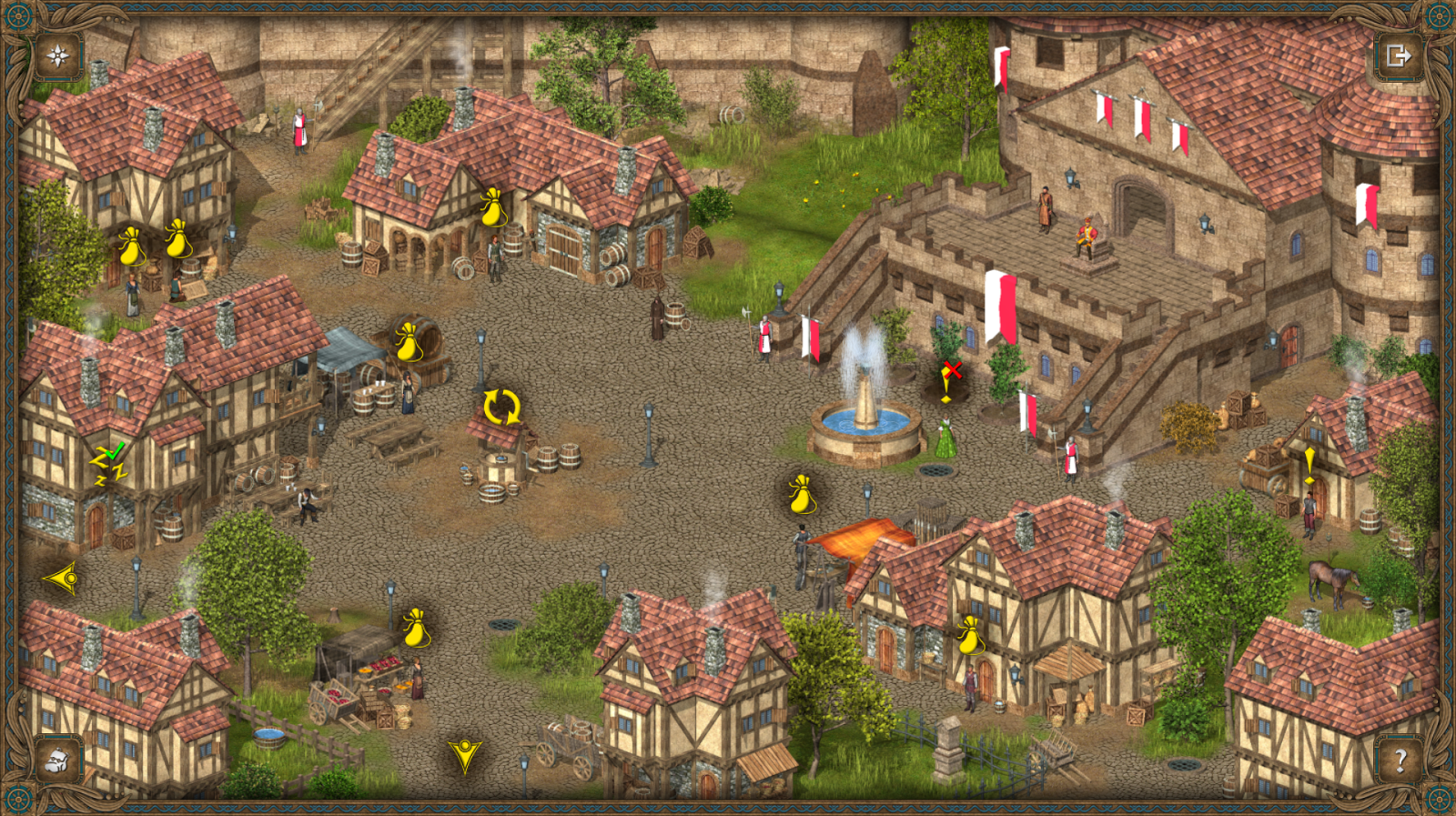 The game does a great job with art and sound.  However, there were some times when I felt “stuck” and not able to move forward in the story.  This was because there are things that you can pick up, but you really need to look for them.  Things like crates, grains, and other trinkets scattered around the world.
Since the game is story driven I don’t want to spoil the game for you, but I do want to say that I definitely enjoyed the game and recommend it to anyone that enjoys casual, story driven games.

As you play the game more features become available, such as inventory, and a map that use can use for fast travel.

*EDIT*  I wanted to make a quick note about the developer and community for this game.  One of the things I look for when doing game reviews is how the developer is involved with the community.  Some devs really do a great job with interacting with players and responding to player feedback / problems, and of course, as we all know there are some developers that disappear after a game is released.  This developer, Lonelytroops, is doing a great job with the community.  I have seen many posts in the steam forums responding to player issues and just general discussion with people.  So, this is another reason I like this game, and this developer.
You can find the game on Steam: http://store.steampowered.com/app/346560/
And http://www.lonelytroops.com/hotk2/index.htm

Popular posts from this blog